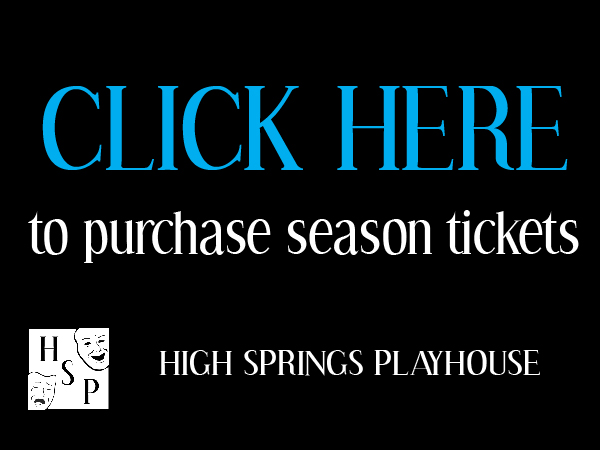 Enjoy six shows in our 2022 -2023 Season for the great low price of five. Come once to each show or come more times to your favorite show. You decide.

THE FALL OF THE HOUSE OF USHER
October 7 – 30, 2022
Based on the short story by Edgar Allan Poe
Adapted by Jack Neary
Directed by Jennifer Applebee
An exciting adaptation of the classic Poe tale, re-invented as a detective thriller and set in 1930s Boston. James Brookfield, an up-and-coming writer of potboilers from New York City, is invited to the Boston home of his childhood friend, Roderick Usher, to, as his host suggests, “chronicle the evolution” of the House of Usher. What begins for Brookfield as a pleasant distraction from the busy hubbub of New York’s literary circles turns into a maelstrom of horror when he slowly discovers Usher’s secret intent, and realizes that the life of Usher’s sister, Madeline, as well as Brookfield’s own life, are in terrible danger. Told as a series of lightning-paced flashbacks as tough-as-nails police detective Michael Shaughnessy questions Brookfield about what actually happened to cause the fire that destroyed the House of Usher, the play moves relentlessly to its terrifying, stunning conclusion.
A CHRISTMAS STORY
December 2 – 18, 2022
By Philip Grecian
Directed by Steve Bates

Humorist Jean Shepherd’s memoir of growing up in the midwest in the 1940s follows 9-year-old Ralphie Parker in his quest to get a genuine Red Ryder BB gun under the tree for Christmas. Ralphie pleads his case before his mother, his teacher and even Santa Claus himself at Higbee’s Department Store. The consistent response: “You’ll shoot your eye out!” All the elements from the beloved motion picture are here, including the family’s temperamental exploding furnace; Scut Farkas, the school bully; the boys’ experiment with a wet tongue on a cold lamppost; the Little Orphan Annie decoder pin; Ralphie’s father winning a lamp shaped like a woman’s leg in a net stocking; Ralphie’s fantasy scenarios and more. A Christmas Story is destined to become a theatrical holiday perennial.

YOU CAN’T TAKE IT WITH YOU

February 3-26, 2023
By Moss Hart & George S. Kaufman
Directed by Julie Tucker
At first the Sycamores seem mad, but it is not long before we realize that if they are mad, the rest of the world is madder. In contrast to these delightful people are the unhappy Kirbys. The plot shows how Tony, attractive young son of the Kirbys, falls in love with Alice Sycamore and brings his parents to dine at the Sycamore home on the wrong evening. The shock sustained by the Kirbys, who are invited to eat cheap food, shows Alice that marriage with Tony is out of the question. The Sycamores, however, though sympathetic to Alice, find it hard to realize her point of view. Meantime, Tony, who knows the Sycamores are right and his own people wrong, will not give her up, and in the end Mr. Kirby is converted to the happy madness of the Sycamores, particularly since he happens in during a visit by an ex-Grand Duchess, earning her living as a waitress. No mention has as yet been made of the strange activities of certain members of the household engaged in the manufacture of fireworks; nor of the printing press set up in the parlor; nor of Rheba the maid and her friend Donald; nor of Grandpa’s interview with the tax collector when he tells him he doesn’t believe in the income tax.

Members of the newly renovated Meadowbrook Health Resort are dropping like flies, including famed chef Edith Chiles! On the eve of the grand re-opening, this is not the best advertisement. It’s up to John Stone, the manager, to find the cause and the murderer. Delightfully sarcastic and cynical, Stone finds himself teaming up with Ed Parlor, mystery writer and amateur sleuth, in a wacky race against time. The clues point to a sinister box of chocolates, and the suspects include all the outlandish characters working for the resort. Could it be Lady Riverdale, owner of the resort and a woman with dark secrets? Or Ralph Deadwood, gym instructor and all around cad? Dick Simmering, the aerobics instructor? Anne, the panic-stricken nurse? Or could it be “Sweet Pea” Meadowbrook, overweight and grieving daughter of the recently deceased founder of the resort? Death by Chocolate combines all the elements of classic murder mysteries with a scathing satire of today’s health crazes.

NUNSENSE- the musical
June 2 – 25, 2023
By Dan Goggin
Directed by Diana Child
The show is a fundraiser put on by the Little Sisters of Hoboken to raise money to bury sisters accidently poisoned by the convent cook, Sister Julia (Child of God). Updated with new jokes, additional lyrics, two new arrangements, and a brand new song, this madcap musical was recorded for television starring Rue McClanahan as the Mother Superior.
SUMMER YOUTH PRODUCTION

THE WIND IN THE WILLOWS

Based on the book by Kenneth Graham

By Joseph Baldwin
Directed by Carter Hill
The famous English gentlemen, Mr. Toad of Toad Hall, sees his first motor car and promptly falls uncontrollably in love with motoring, so he buys a car which he then crashes. Another car is bought, followed by another crash and another—and another! For once at the throttle, Toad in his goggles and duster is a man possessed. Soon he is ruled off the road. Then he steals a car. For this he’s sent to jail for 20 years. While there, he learns that Weasels have taken over his old family home and all his friends have been thrown out. But the jailor’s daughter adores Toad for his charm and dash and she helps him escape. In an exciting climax, Toad, Ratty, Badger and Mole retake Toad Hall by storm.